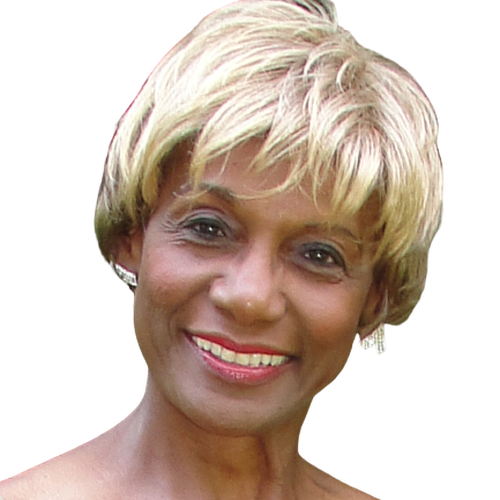 Women's Voices From Within

Talks covered by this speaker

Changing lives of our youth through the Fine Arts and Worldwide

Betty was employed by Catholic Charities of the Archdiocese of Chicago for 28 years where she created programs for youth and families. Her biggest accomplishment was founding a recovery home for women and women with children recovering from drugs and alcohol. She named this program Forever Free.

While in Chicago, for 30 years she served as organist and choir director in the music department at the Apostolic Church of God. She was also the Secretary of the Official Board.

She also founded Joyful Noise Christian Entertainment Center and Stretchnastics Aerobic exercise studio. During this time, she recorded “Do Your Heart A Favor” a Christian Aerobics Album.

In 1998, she married Rev. Mark Smith and moved to Canton.

In 2013 Betty was inducted into the Senior Olympics Hall of Fame. In 2016, she received a Women’s Legacy Award for Education; Community Salutes Award of Appreciation from the Stark County Regional Chamber of Commerce and a Woman of the Month Award for the Arts from the Lenzy Institute.

In 2018 on behalf EN-RICH-MENT Betty received the Judith Lancaster Community Award under ABCD, Inc., the Robert and Patricia Horowitz award for outstanding leadership in developing innovative and collaborative practices on behalf of children and was one of two recipients to receive the Peoples Champion award from the Repository’s Inaugural Awards Gala. In 2019 she received a Special Spotlight Award from Coming Together Stark County and Community leadership award from Omega Psi Phi Fraternity.

Betty is the Author of “Unexpected Blessings in the Midst of my Pain”, and “Bishop Arthur M Brazier, Man with a Vision.” After 20 years, she retired as organist for Jesus Speaks Christian Center. Betty has a Bachelor of Arts degree from Northeastern Illinois University. She also participated in special studies at Mundelein, DePaul, and Notre Dame Universities.

Her motto is “With God, all things are possible.”

Your logo could go here!

If you'd like to get your brand in front of attendees following the categories this speaker is talking about (on this page, via email and during each talk) contact us.

We use cookies This website (and some of its third-party tools) use cookies. These are important as they allow us to deliver an exceptional experience whilst browsing the site.

By clicking 'Accept', you agree to the use of cookies. To learn more see our Privacy Statement.